I created 12 modules for the undergraduate course CLWR 181: Introduction to the Study of Religion. This course was team-taught by three faculty in the department of Classics and World Religions. Each case study was organized around a particular issue in the study of religion, while reinforcing central concepts used in the analysis of religious practice and belief.

CLWR 181 was a four credit-hour class. Each week students spent two hours with the interactive learning modules and two hours in a discussion section with the instructor. Students were expected to bring written responses to prompts from the instruction modules to class (to be handed in). These provided the basis for discussion, giving students a more engaged experience in the classroom as contrasted with the traditional lecture format.

Watch a sample from the module – The Four Yugas (Ages of Time):

You can view all the modules at this website: Introduction to the Study of Religion.

Religions influence our understanding of gender roles. They tell us how men and women are to dress, how they are to behave socially, and what their rights and responsibilities are toward one another and toward children. Religions often base their notions of gender in divine commandments or in claims about the very nature and structure of the universe. In doing so, they attempt to stabilize these roles, preventing challenges and changes to them. At the same time, however, the interpretation of religious texts and commandments can and do change across time and space. Consequently, understandings of religious conceptions of gender can evolve as historical and cultural circumstances shift.

This module addresses the topic of apocalypse. The term, “apocalypse,” derives from a Greek root meaning “unveiling” or “making known” something that has been hidden. In various religions, especially the monotheisms, apocalyptic texts deal with the revealing of the ultimate fate and meaning of the universe. Such texts typically describe a final cataclysm in which all existence is destroyed and a final judgment and consignment to the underworld (‘hell”) or to paradise (“heaven”) occurs. Apocalyptic stories address the problem of evil (theodicy), showing how justice and good will triumph in the end.

Module 4: Judging Religion
Is it possible to distinguish between “good” and “bad” religion? Should we even attempt to do this?

Unit 2: Vow Fulfillment and Trance Among Hindus in Malaysia

This module explores the way in which time and the idea of the soul are understood in Hinduism.

Module 2: The Path of Jnana (Spiritual Liberation / Knowledge): The Origins of Yoga

This module focuses on Shiva, the Cosmic Yogi, who represents the path of jnana. The word yoga is derived from a word meaning “yoke,” as in the yoke put on oxen to plow a field. Yoga can be understood as a physical and spiritual discipline that transforms the sexual energies of the body into spiritual power.

Module 3: The Path of Dharma: Caste and Gender as Social Structure in Hinduism

This module focuses on worship of Devi, the goddess with many forms, who represents the path of dharma. Dharma can be translated as duty, responsibility, or moral conduct, but it also means justice for when everyone fulfills their duty, society will be just and prosperous. This module shows how caste and gender shape the ways in which Hindus worship and how religious practices shape the way people understand their place in the world.

Module 4: Murugan and the Path of Bhakti: Resistance to Caste Hierarchy and Enactments of Moral Redemption

The path of bhakti is followed by those who seek the divine not through renouncing the world in search of enlightenment, nor through a selfless commitment to duty and just action, but through devotion and love of a deity. This module explores how people express themselves through trance and ritual vow fulfillment.

Module 1: Religion and Violence – Seeing the Relationship Between Violence, Religion and Politics
This module examines the desire to draw lines between us and people who perpetrate acts of religiously motivated violence. We denounce the perpetrators of these acts as evil. We often say they are not true representatives of the otherwise good religions they claim to be part of. If we examine these acts from a distance, however, we see they are both religious and political in nature and that we may not be as far from the perpetrators as we may think.

Module 2: Politics as Prayer – Understanding the Historical Relationship between Religion and State Power
This module explores the connection between religion and state power. Historically, in many societies politics was understood as fundamentally religious. Rulers were also seen as gods. Rebels, too, claimed to act as instruments of the gods. In today’s world, this same understanding lies at the foundation of actions that modern religious groups undertake. The perpetrators of the attacks of September 11, the bombing of abortion clinics, the killing of Muslim worshippers in Hebron, and many other such actions see themselves as acting on behalf of the gods. They see their actions as acts of prayer.

Module 3: Secular Fundamentalism – How Secularization and the Secular State Can Politicize Religions
This module examine how the modern secular state can cause religions to become politicized. The roots of this phenomenon in the West lie in the history of the revolutionary reaction against religiously-backed monarchies and the secularization processes–through which states take control of religious institutions and functions–that this reaction initiated. The culmination of this phenomenon was the French Revolution at the end of the 18th Century. The European experience with secularization subsequently became an exportable model. The founders of the United States looked to European Enlightenment thinkers in working out the first amendment provisions governing church-state relations. Much later, Kemal Ataturk also would look to Europe, and France, in particular, in his effort to create the modern Republic of Turkey.

Module 4: Religion and the Arab Spring – A Case Study of Religious Politics in the Modern Middle East
This module begins with an analysis of the “Arab Spring”–an event in which Arabs across the Middle East have risen up to demand democracy and an end to dictotorial governments. Islamic movements were not at the center of these demonstrations; however, they have reemerged in the aftermath as powerful political forces. Why is this so? The answer lies in the history of the repressive regimes and the role that the Islamic movements have played in addressing the needs of populations that have suffered from the abuses of the dictatorships.

TOOLS USED: The modules were built using Adobe After Effects and Apple Motion. The lectures were recorded using Audacity.  The still image and graphics were created and edited using Adobe Photoshop. 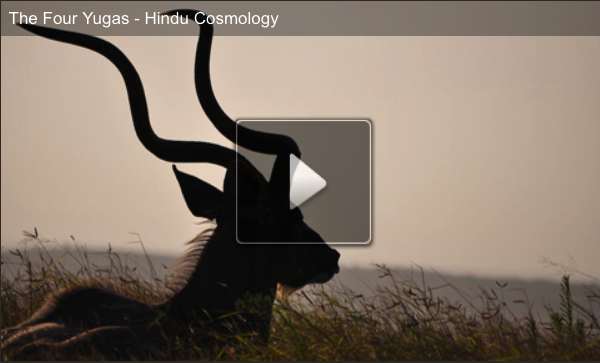 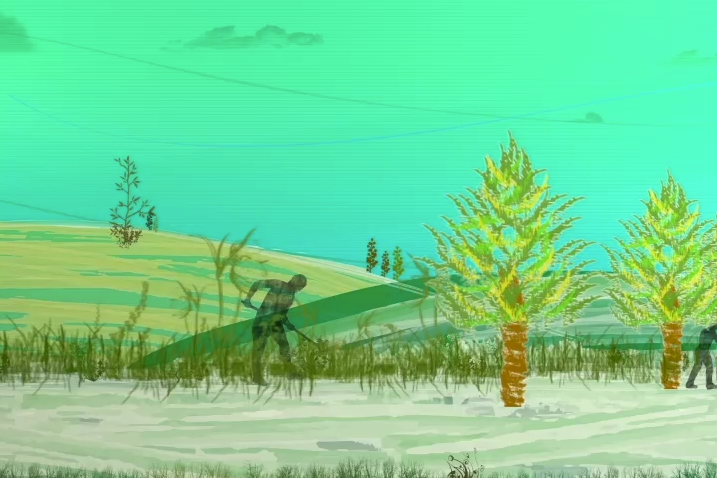 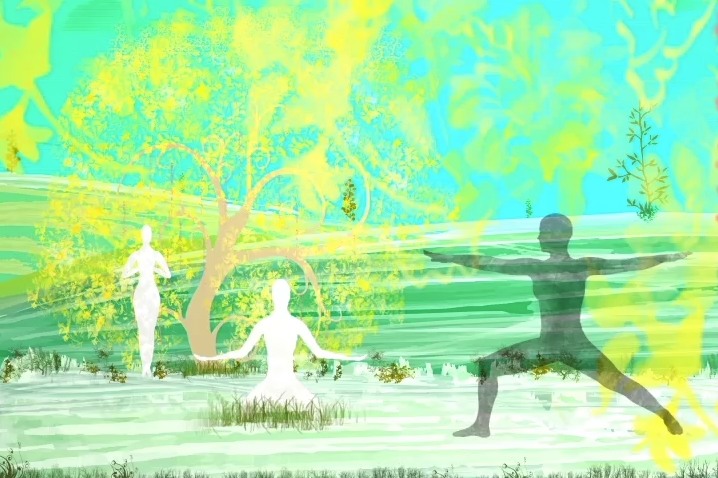 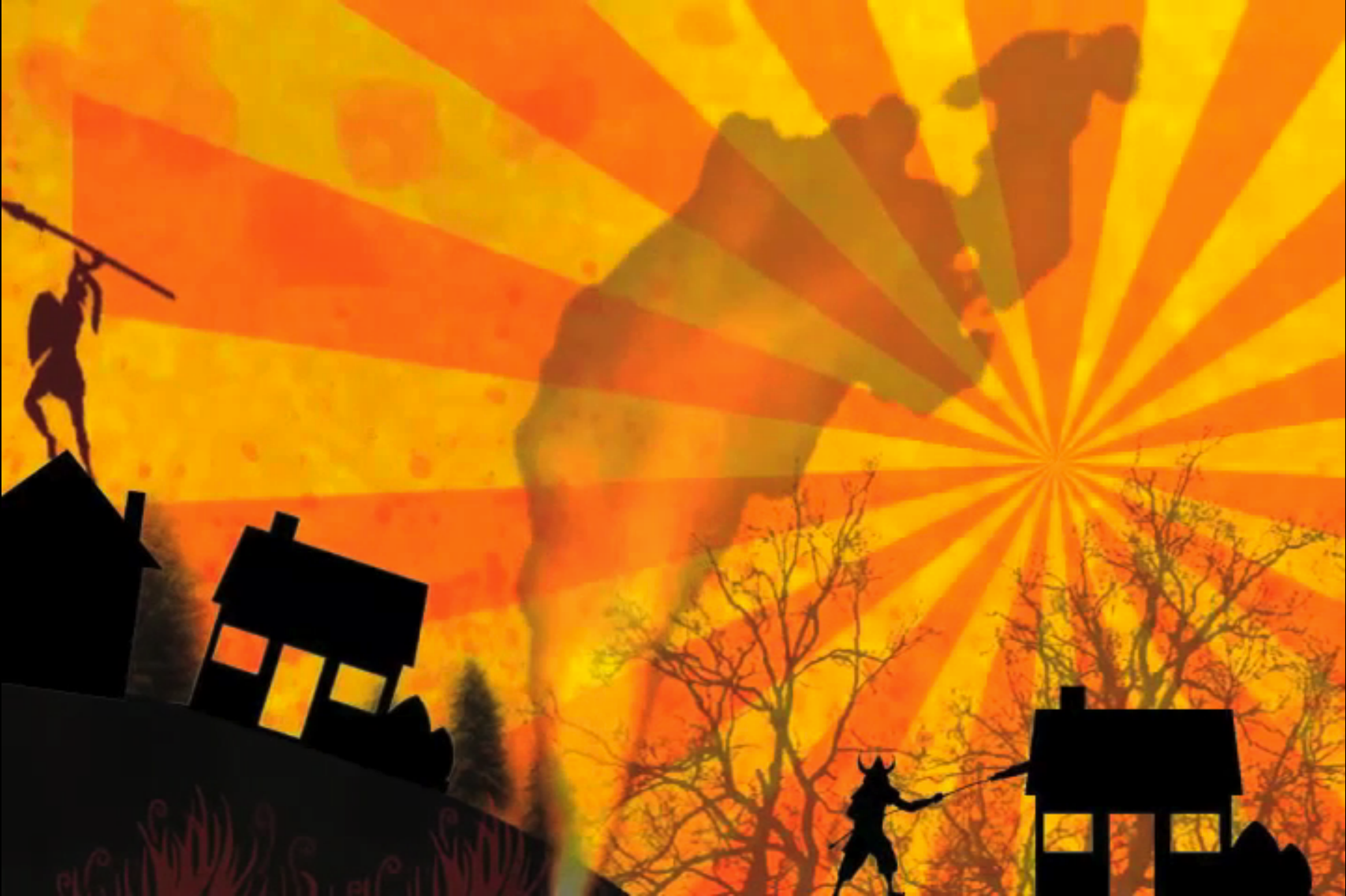 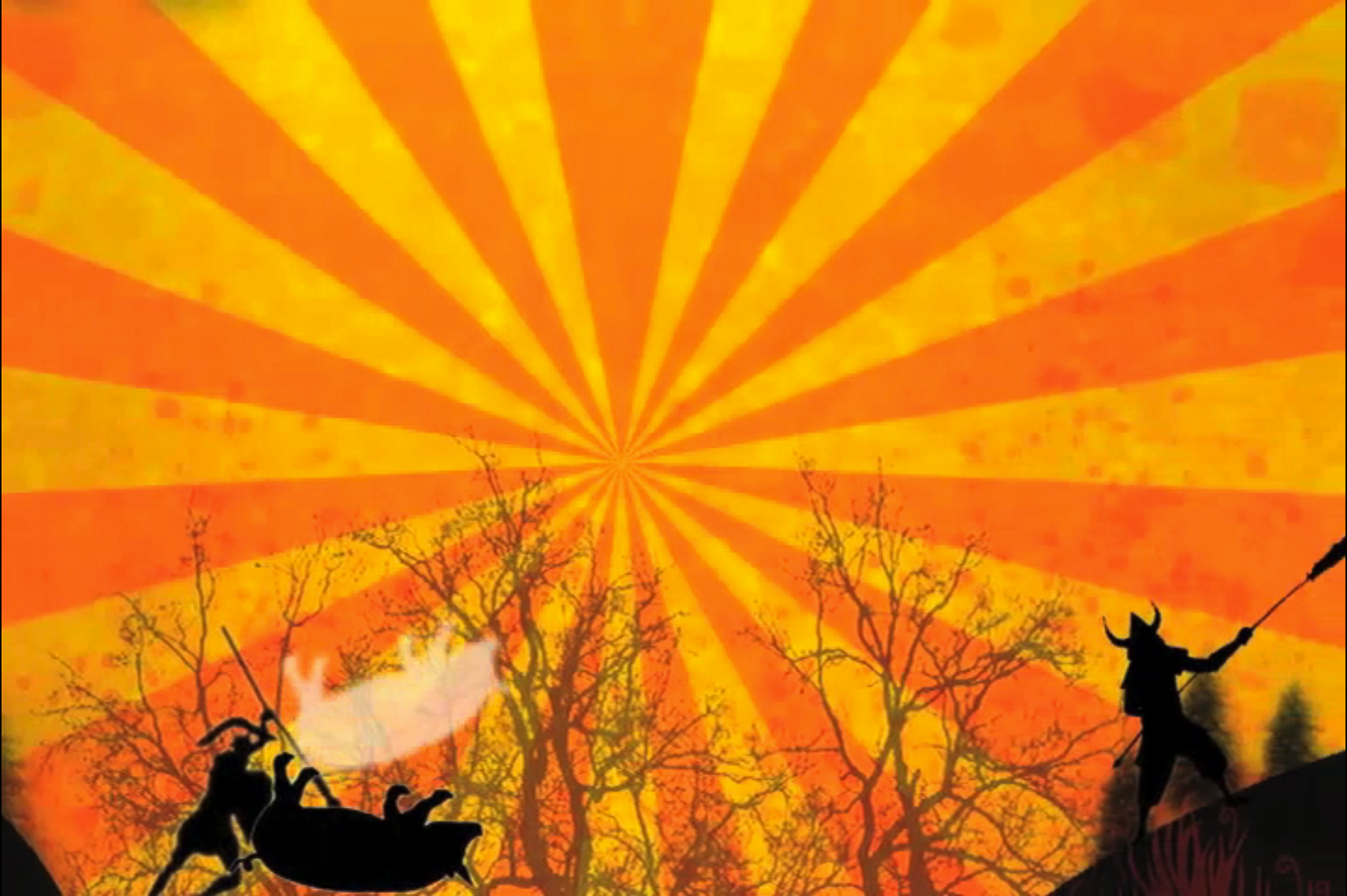 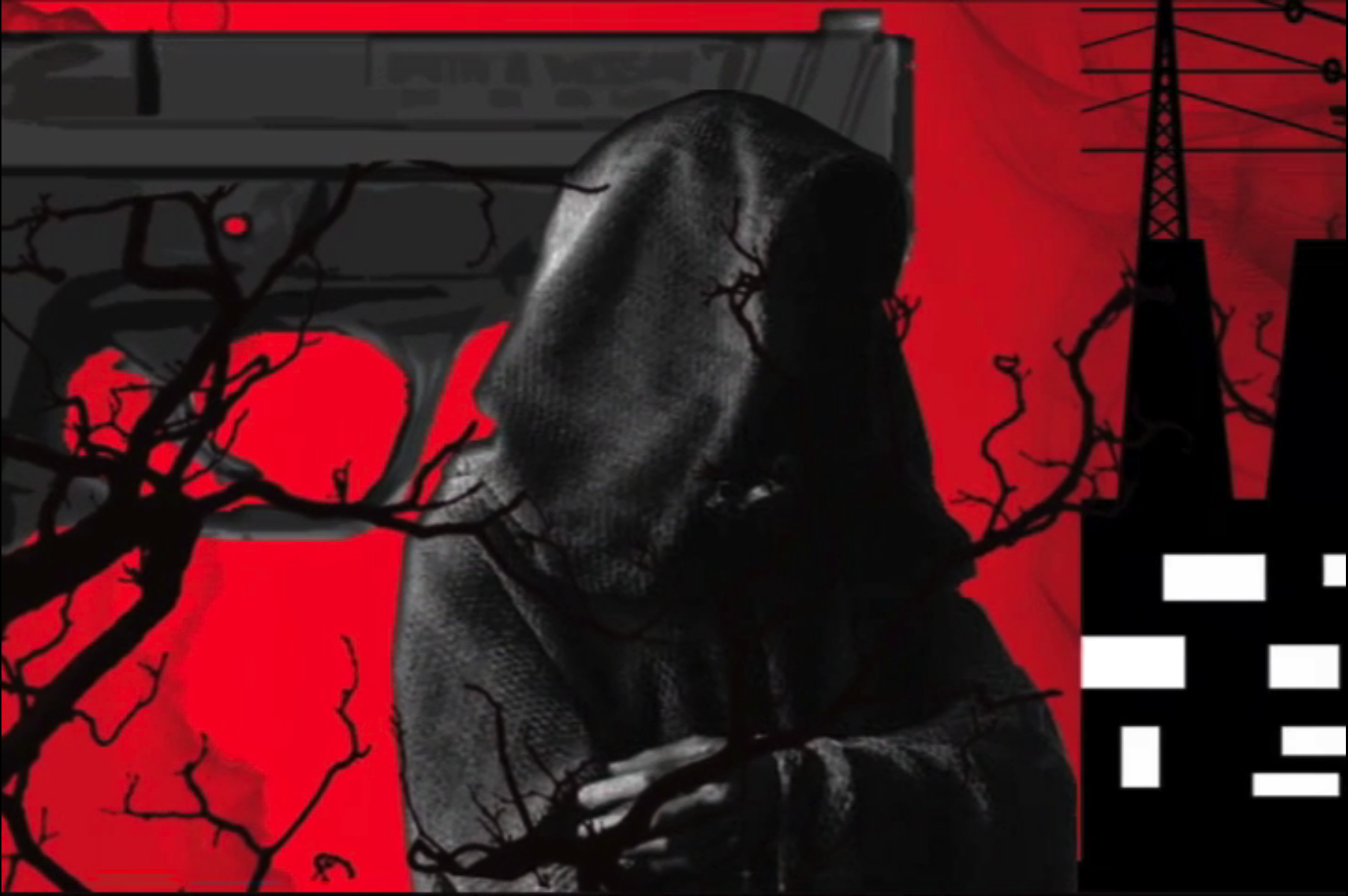 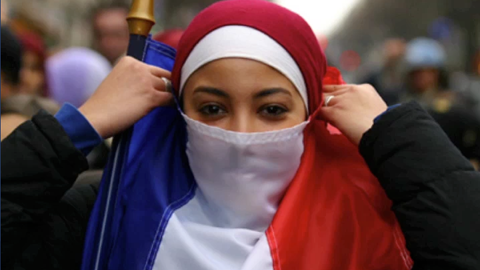