In 2011 Ohio University made the decision to transition to an entirely new Student Information System through a $19 million bond. The Rufus Initiative was a major undertaking for the university that involved setting up a new system that would impact everyone on campus and require thousands of people to be trained in using the new system.

I needed to create an ad campaign to create awareness of the new student information system. The communications would be distributed via large posters distributed throughout campus, displayed on the plasma displays in Baker Center and other locations, and displayed on screen savers in the library. Therefore I needed a design that would do well in both landscape and portrait layouts. The posters would be displayed on bulletin boards across campus, in places such as dorm community rooms, etc. Bulletin boards tend to be very cluttered.

I started looking at the world around me to see what communications stood out and got attention. There was a universal scheme used in parking lots and in buildings to get attention using vibrant yellow and stripes. These were caution signs, warnings, and danger signs.

I began with a yellow and black stripes background to simulate the warning iconography I had observed in the environment. After creating a version of the poster that was too complicated, I created a simplified version that would grab attention and get the message across to readers. Next, I experimented with various colors that maintained the warning stripes. The resulting posters got a lot of attention. They resembled the original poster without looking so much like a warning sign. Next I iterated variations of the poster so that it could be shown on various screens and sizes. For example, I make a landscape oriented poster to be displayed on large plasma displays for people to read as they rode up and down the escalators in Baker Center. Viewers would have 5-7 seconds to read the sign and grasp the message. For this I needed to simplify the message. Finally, I provided posters and display graphics for all of the regional campuses as part of our communication. Ohio University has several regional branch campuses. I ordered several dozen posters and provided digital files in various sizes and formats to be displayed at the regional campuses

Faculty & Advisors Perspectives on Student Advising in the NextGen SIS 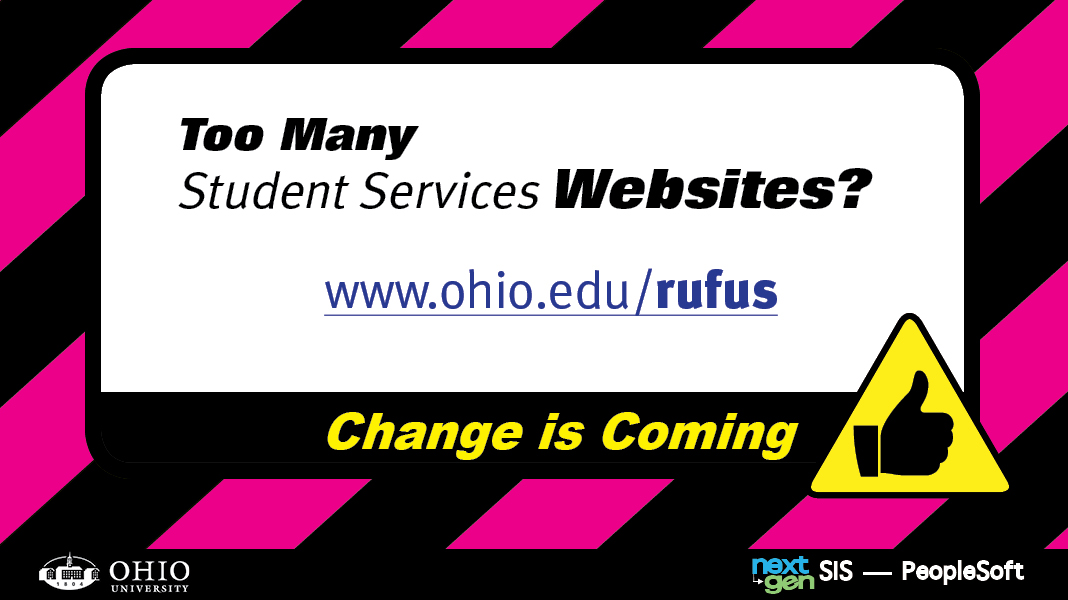 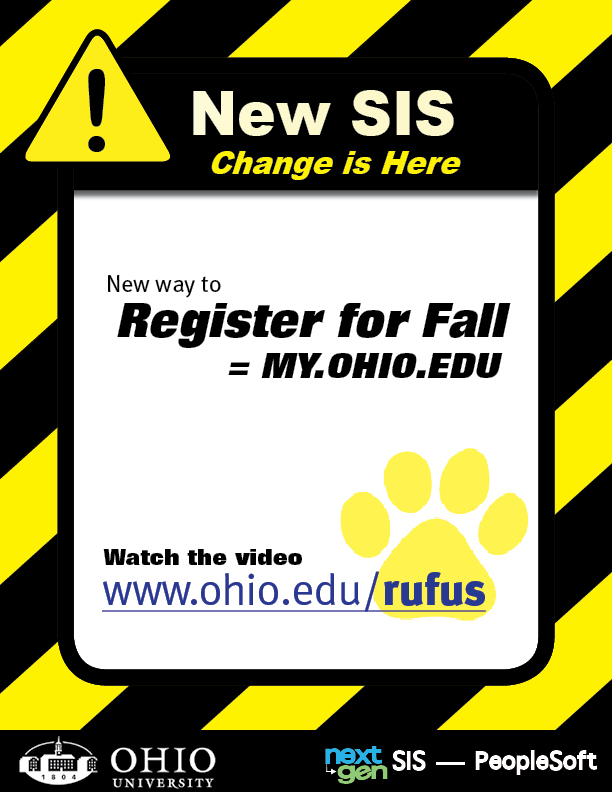 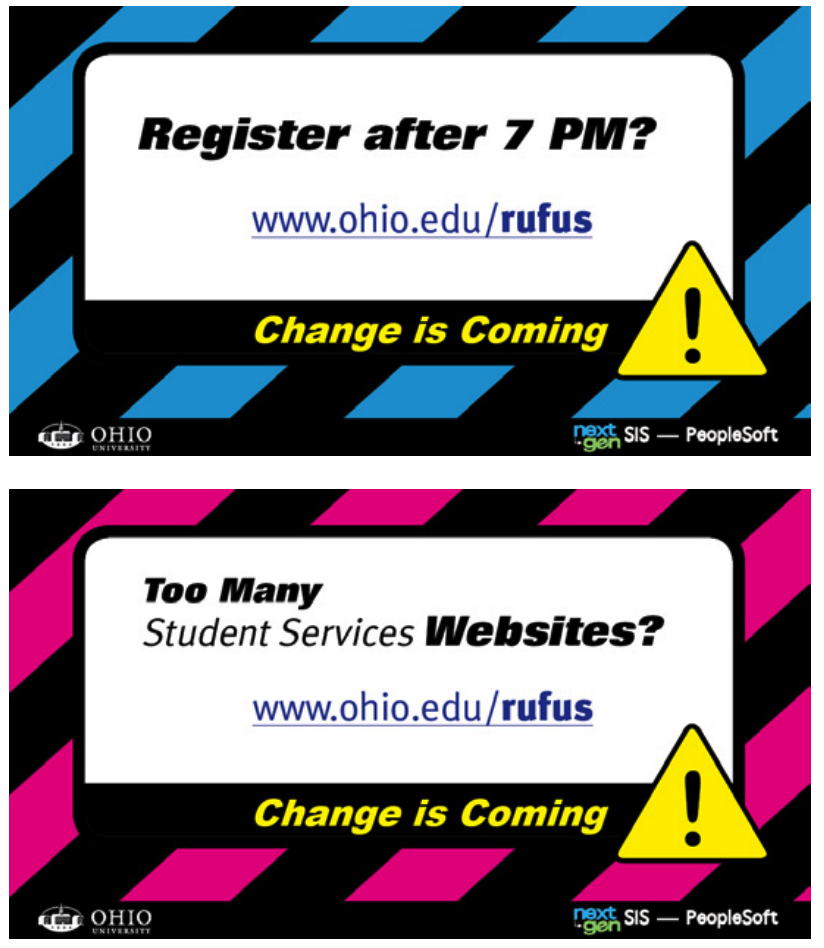 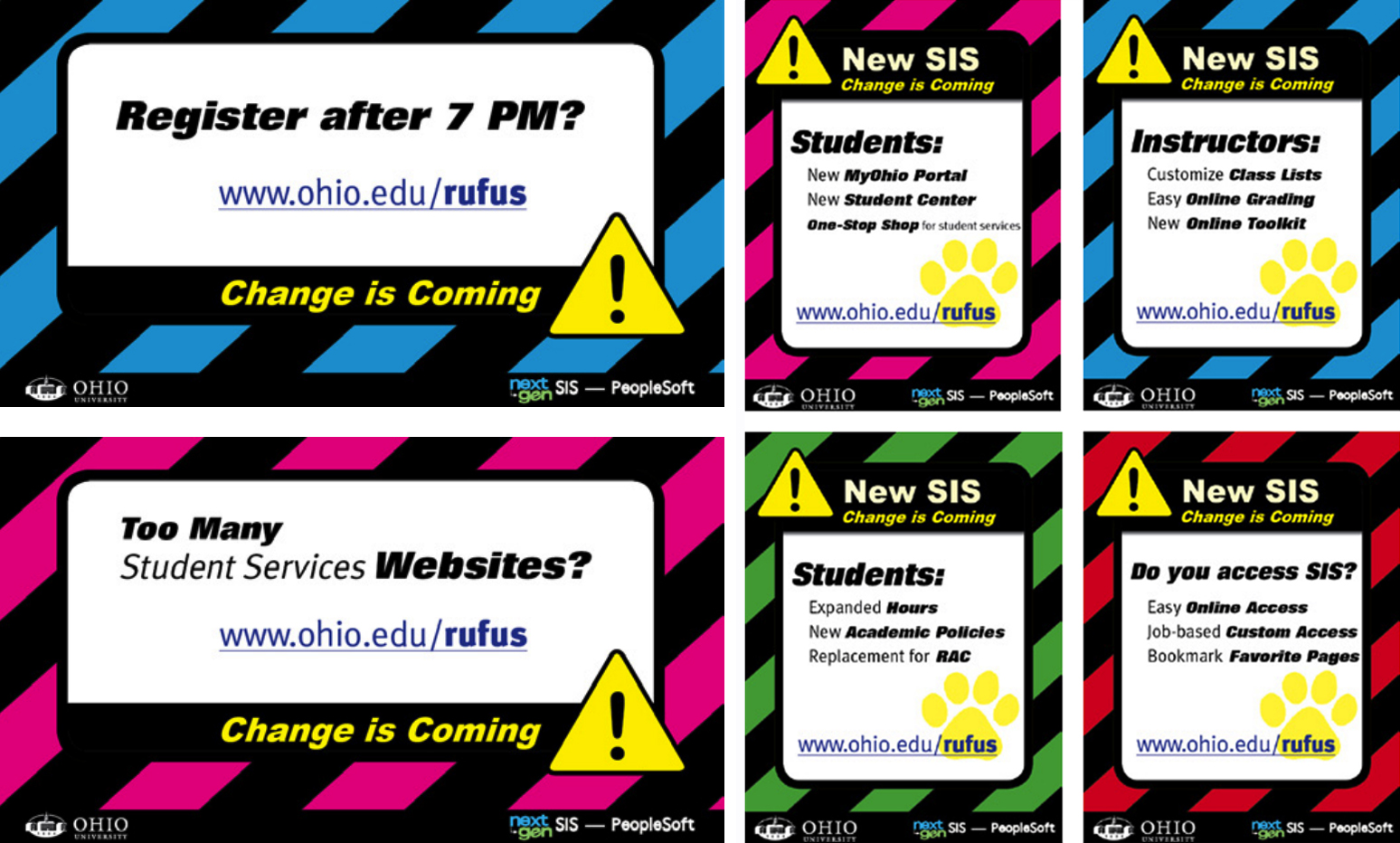 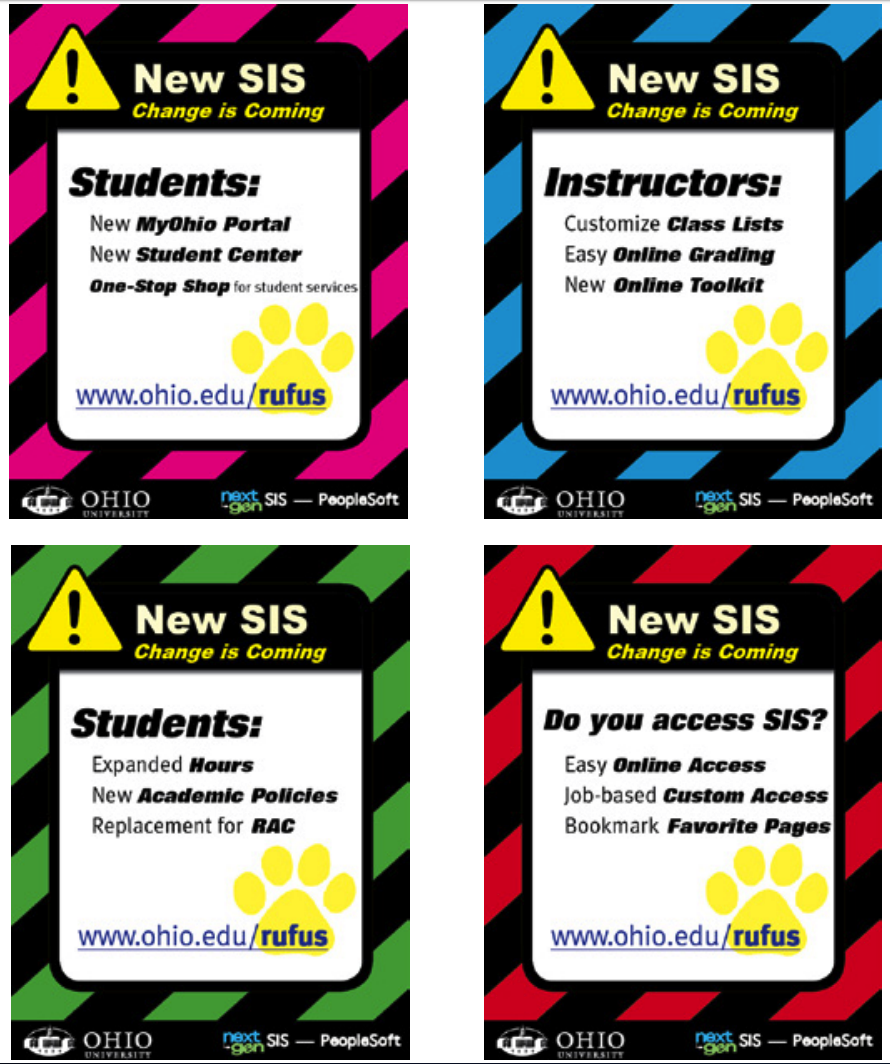