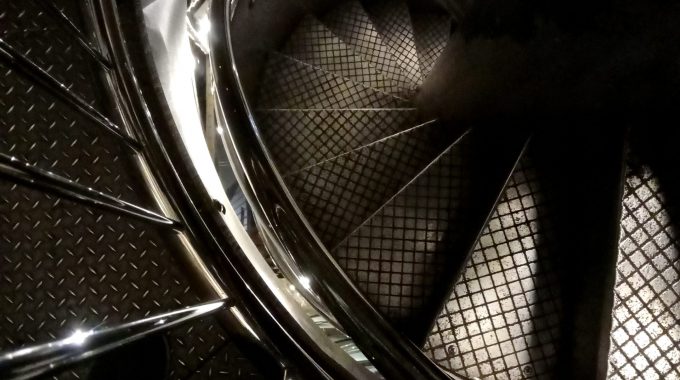 idea & iteration:
In each of these blogs I will share a simple design idea. Then, I’ll post some iterations of where it led me.

How does design happen? It’s simple, right? You get an idea and then you make it. But, it doesn’t work like that. Even a brilliant idea doesn’t get you very far. How do you know whether an idea is any good until you try to implement it? Have you ever had this dream? You’ve discovered the solution to the mystery of life. While half-asleep you realize your idea is a revolutionary break-through. You wake with the urgency of one who has an important obligation to share your discovery with the world. But, upon waking, the great solution turns into mere nonsense, meaningless jibberish, something about “The true essence of all reality is the prize found in a box of Boo-Berry Cap’n Crunch breakfast cereal.” I can’t be the only person to have dreams like this, can I?

So, how do you go from ideation to creation? Here’s the approach I find most helpful. Find something you want to explore. Then, try a low-stakes experiment. Abstract your idea down to its essential element. Create a really simple version of it. Play with it. Try something. See what happens. Maybe reverse things around. Don’t stress about trying to make something amazing. Just explore and have fun. It doesn’t even matter if your initial idea is a good one, because through this process of play and exploration, of executing the idea, you’re going to run into trouble. And that’s going to lead to ideas you would not have thought of, had you not been playing around with a low-stakes experiment. Through the process of iteration a “good idea” is exposed for all of its weaknesses. And an idea that starts out pretty awful can become better through iteration. Steve Jobs said this process of iteration is where the magic happens. Here’s the full quote.

“It is a disease of thinking that a really great idea is 90% of the work. And that is you just tell all these other people, here’s this great idea, then of course they can go off and make it happen. The problem with that is that there is a tremendous amount of craftsmanship in between a great idea and a great product. As you evolve, that great idea changes and grows. It never turns out like it starts because you learn a lot more as you get into the subtleties of it. You also find there is tremendous trade-off that you have to make. … And everyday you discover something new that is a new problem and a new opportunity to fit these things together a little differently. And it is that process that is the magic.”   – Steve Jobs

The Idea: How to create an immersive experience using Articulate Storyline? That is, how do…

Struggling to be Creative

At a dinner party in New York, I was talking to a fashion designer who…